Three Days Trip to Delphi and Meteora from Athens

With this three day  sightseeing tour in Greece from Athens including Meteora and Delphi, you will visit some of the most interesting sites in Greece. Visit the archeological site of Delphi with Apollo temple and the Unesco World Heritage-listed rock-tower monasteries of Meteora

1st Day: Depart through Thebes, Livadia (short stop) and Arachova for Delphi, known in ancient times as the navel of the world. Visit the archaeological site and the museum of Delphi. Afternoon free. Overnight stay in Delphi.

2nd Day: Morning free. In the afternoon depart through Central Greece  to Kalambaka, a small town built at the foot of the majestic grey rocks,  crowned by the Meteora Monasteries. Overnight stay in Kalambaka.

3rd  Day: Leave in the morning for nearby Meteora to visit the Byzantine monasteries. Return to Athens passing by the heroic monument of King Leonidas of Sparta at Thermopylae.

Browse the gallery of recent Three Days Trip to Delphi and Meteora from Athens photos submitted by administrative department and by actual travelers. 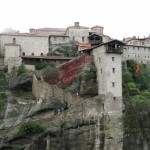 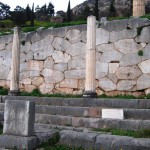